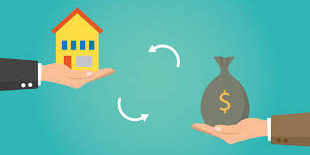 The doggedness of the end-users to search for the perfect home is driving the real estate current scenario now. In spite of the global economic meltdown, national meltdown, the end-users of realty are still flocking the projects in search of a perfect home. This trend is very much visible and palpable in Kolkata also.

With this current trend in view, the real estate developers of Kolkata have shed their inhibitions of getting into low-cost homes and are open now to invest in lands which are even beyond the boundary of the city of Kolkata.

Previously, this trend would have drawn much flak, as the middle-class population had fewer options of commuting from the suburbs to the central business district of Kolkata. Not now anymore.

For the last decade, transportation and communication have improved in Kolkata like never before and is probably the only metro city, not only in India but in the entire world, which has the cheapest and several transportation options from any place within its precincts or even from the suburban areas.

The real estate economic growth only survives on the comfortability of all the classes of people in a society and what drive them are the infrastructure facilities.

So, when it comes to transportation and communication, Kolkata has surpassed all the other metros in India and has improved many folds, paving way for its real estate developers to even think of building homes in areas which are not very close to its city centers.

So, this is probably the best time to invest in a Kolkata property. Not only because, the prices are low due to the above factors, also because even in an economic meltdown, but property investments are also always a safer option.

The prices and demands for realty never go down and that too in a metro city.

Also, in recent times, the Kolkata developers have followed the models of Mumbai, Chennai, and Bangalore, and have come up with various offers for their properties namely offering free mid-sized cars to the first few buyers, modular kitchens and free Air-conditioners with flats which are difficult to sell due to their design patterns etc.

In this atmosphere, the highest number of buyers that Kolkata is getting is either from the NRI Indians or from people who reside in nearby cities who are making a safe bet here. The demand for home in Kolkata is increasing as a result.

The developers have seen in the past few months, that if the product mix is right which means that the location of the property, its design, its facilities and amenities are good, then any project in Kolkata wherever it is being developed, is getting a steady flow of buyers all around the year.

Hence, as stated above also, if you want to invest in a property and you don’t have a city preference or your investment instincts are driven by the market scenario and not by sentiments, Kolkata is the ideal destination.

It has improved infrastructure, low prices, steady flow of transactions all the time and opportunities galore to re-sell a property at a better price sometime in the future.

This is indeed, the right time and place to invest. Kolkata is awaiting many more deals in near future too.